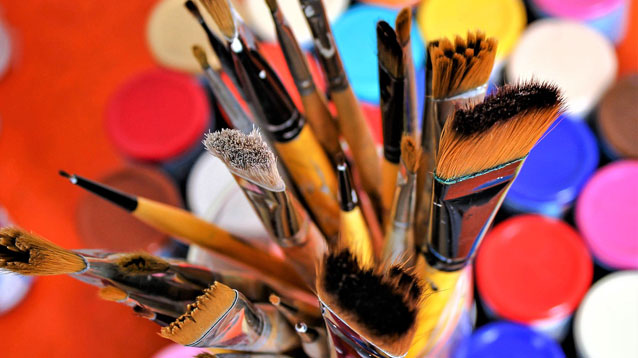 A number of large Finnish foundations, the Ministry of Education and Culture, and Arts Promotion Centre Finland are working together to grant swift assistance to arts and culture professionals who have been hard hit by the coronavirus outbreak. Funding totalling approximately EUR 1.5 million will be apportioned during April via the Arts Promotion Centre (Taike). Foundations will also grant significant sums in aid through their own channels.

The Ministry of Education and Culture has granted Taike EUR 500,000 in extraordinary funding. Taike had already announced that it was setting aside around EUR 100,000 for alleviating the coronavirus crisis. The Finnish Cultural Foundation will match the sum granted to Taike by the ministry, at EUR 500,000. The Jane and Aatos Erkko Foundation, the Saastamoinen Foundation, the Swedish Cultural Foundation in Finland and the Jenny and Antti Wihuri Foundation are each providing EUR 100,000 in emergency aid via Taike. This brings the total aid from the government and the foundations up to EUR 1.5 million.

Taike will open a grant application round at the beginning of April, and grant decisions will be made at the end of the month. Primarily the aid is intended to take the form of short-term grants for freelance artists whose work has been significantly hampered by the coronavirus epidemic. More detailed application criteria will be published later. With this funding, Taike is expecting to provide at least 500 grants.

“The coronavirus epidemic is stirring the Finnish society at large, but its impact is felt particularly keenly in the cultural sector. We want to do our bit to help as effectively and quickly as possible. This aid will provide some relief during the acute situation this spring, but as the effects of the epidemic are likely to roll over into the autumn, significantly more drastic actions will be needed from the society,” explains Jari Sokka, Chairman of the Board of Trustees of the Finnish Cultural Foundation.

“The fact that this project has worked out and succeeded in gathering a EUR 1.5 million aid package in just a couple of days is a sign of the collective responsibility that the Finnish society is willing to assume, and of the collaboration ability of the public and private sectors.  The foundations have been exceptionally obliging in assisting arts and culture professionals in these singular circumstances. I value that very highly,” says the Minister of Science and Culture, Hanna Kosonen.

“This aid package will provide vital first aid for the urgent distress of the arts and cultural sector. However, it is just one of many measures that will be needed for the sector to survive the circumstances. The government has also decided on several actions that will provide support for businesses and entrepreneurs in the creative industries.  Preparatory work on further measures is under way,” the minister says.

In addition to the funding apportioned to Taike, the Finnish Cultural Foundation will pay out a total of EUR 13.5 million in academic and artistic grants this spring via its regional funds, based on applications received in January. Half a million euros of this total consists of additional funding to help the arts sector withstand the crisis, as decided yesterday by the Cultural Foundation’s Board of Trustees. The regional funds are also paying attention to the particular predicament in which freelancers find themselves. Grant decisions will be made during April and May, and the grants will be payable by the end of May.

The Swedish Cultural Foundation in Finland and Föreningen Konstsamfundet have adopted a temporary aid form entitled “Kultur under tiden” (Culture in the Now), intended for artists and cultural sector professionals impacted by the corona crisis. The total sum for this aid is EUR 400,000. It is open to applications from arts professionals who work in Swedish in Finland, and who are unable to complete projects meant for audiences according to plan, but who are carrying out other high-quality operations or new projects during the epidemic situation.

For more information on the grants, see www.kulturfonden.fi and www.konstsamfundet.fi.