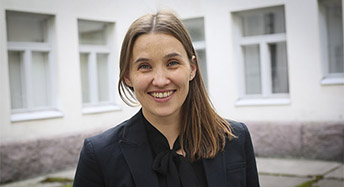 Anna Korpi, Senior Specialist, has been working as a Team Finland Knowledge specialist in Singapore since October 2018, covering the whole of southeast Asia. Team Finland Knowledge work means being able to identify opportunities, network, influence globally and support various strategic, academic and commercial projects. Owing to her earlier decade-long experience in various positions in the Middle East, China and southeast Asia, Korpi is highly knowledgeable in field of international education.

Singapore is a small multicultural country of 5.7 million inhabitants. Besides the Chinese, Malaysian and Indian majority population, there is a significant number of foreign experts and employees in Singapore. Singapore's economy is an open one and was ranked in the World Economic Forum survey of 2019 as the most competitive economy in the world.

High-quality education and a research and an innovation system that generates innovation and expertise have been instrumental for this small island nation, guaranteeing Singapore's success. The existing education system works well and is held in high regard internationally, but it has also been criticised for being too performance-oriented and competitive. There are six publicly funded universities and five polytechnic universities in Singapore.  The National University of Singapore (NUS) and Nanyang Technology University (NTU) rank among some of the best in different international university comparisons of higher education institutions.  Investments in research and innovation, such as the CREATE laboratories and other strategic research projects funded by the National Research Foundation, provide good conditions and an interesting platform for research excellence.

Singapore's interests in the education sector include designing innovations, harnessing and advancing technology, and lifelong learning. Singapore's ambitious Smart Nation project involves making the whole of the society digital. This means that related creative expertise is needed. Singapore's special interests include educational creativity and innovation, a start-up culture, entrepreneurship education in higher education institutions, and digitalisation in the education sector. Finland’s position among the best performers in PISA surveys year after year and its profile as a frontrunner in a publicly funded education system have drawn attention in Singapore for quite some time already.

Singapore is often described as a bridge to Southeast Asia and other Asian countries. This also applies to education and research. At its best, being able to cooperate, create networks and accumulate local expertise in Singapore can open doors to other parts of Southeast Asia and to its 600 million inhabitants and rapidly evolving societies and economies.