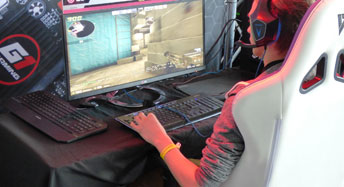 The State supports artists, production companies as well as operators in the cinematic culture to ensure the operating conditions for the field in Finland. The State supports the writing of film scripts, the development, production, marketing, distribution of films, and cultural export. The Ministry of Education and Culture transfers funds to the Finnish Film Foundation which are then granted to operators.

This Finnish Film Foundation provides the majority of the film industry's subsidies. The Finnish Film Foundation provides funding for the production of 20–25 full length films and other cinema and television drama productions each year. Additionally, the foundation gives grants for the international marketing of films and the promotion of their export, as well as to Finland's most important film festivals.

The Ministry of Education and Culture also supports national organisations that promote cinema and other audiovisual culture.

Promotion Centre for Audiovisual Culture AVEK grants subsidies from the Digidemo programme for the product development of works, programmes, games and services with cultural content that are suited for digital  terminals.

The National Audiovisual Institute which operates under the Ministry of Education and Culture is responsible for the archiving and documentation of films, television programs and radio programs as well as for the coordination of cinematic culture.

Monitoring and classification of audiovisual programmes

Classification applies to all types of programming – i.e., films, television programmes and games – and all methods of provision of audiovisual content: cinemas, distributed recordings, television broadcasting and on-demand services available online. Computer, video and online games are given a classification according to the pan European PEGI rating system.

The same age ratings apply to all audiovisual programmes. Programmes are to be classified as suitable for all ages or they are given a classification with an age limit of seven, 12, 16, or 18 years or they are immediately given an age limit of 18. Symbols are indicative of the specific content of audiovisual programmes that can be detrimental to a child's development.

The National Audiovisual Institute's Department for Media Education and Audiovisual Media (MEKU) is responsible for coordinating the monitoring and classification of audiovisual programmes and matters related to media education.