Report on administrative autonomy in Finnish universities: No need for amendments to the Universities Act; university rules of procedure can be used to develop activities 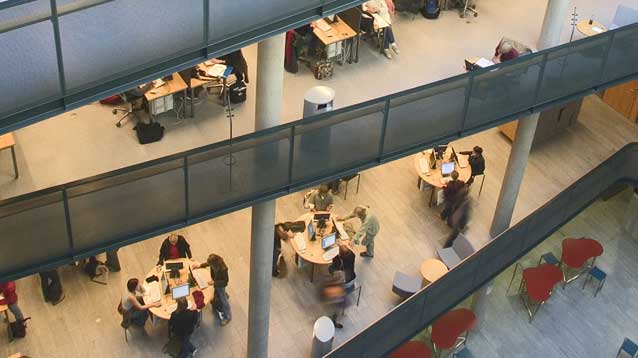 Furthermore, the working group takes the view that no immediate grounds exist for abolishing automatic membership in student unions in higher education institutions. Based on an established interpretation of the Constitution, student unions are a traditional part of autonomous universities and student unions play a significant role in the administration of universities.

As a special question related to the University of Tampere, the working group examined whether the law should specify who can chair a university's multi-member administrative body in universities operating as foundations. In the opinion of the group, this is not necessary; instead, it can be left to the universities operating as foundations themselves to decide. More detailed provisions in the Universities Act on the election of president could be construed as a transfer of the regulatory powers that have once already been conferred on universities to sources beyond the autonomy of the universities. The rules of procedure of the University of Tampere have already been amended so that the chair of its multi-member administrative body, i.e. the University Senate, must now be elected from among its members.

The working group, appointed by the Ministry of Education and Culture, was commissioned to carry out an assessment of the status of administrative autonomy in different universities according to their administrative forms and in relation to the provisions laid down in the Constitution. The working group submitted its report to the Ministry of Education and Culture on 1 March. The objective of carrying out the assessment was included in the Programme of Prime Minister Marin's Government.

Besides the autonomy of universities, the working group also assessed, from the point of view of the freedom of association guaranteed by the Constitution, whether acceptable and proportionate grounds exist for the use of automatic membership in student unions. In its statement, the Constitutional Law Committee required an assessment of the matter. The working group was also tasked with assessing whether it might be necessary to include more specific provisions in the Universities Act on the election of the chair of the multi-member administrative body of universities operating as foundations. This assessment was based on a decision of the Deputy Parliamentary Ombudsman.

“I would like to express my warmest thanks to the working group. This report is a comprehensive one and has been carried out thoroughly. It describes the state of autonomy in our different universities, the content of the autonomy guaranteed by our Constitution and the demands that international competition place on universities. The assessment also answers the question of whether automatic membership in student unions complies with the freedom of association guaranteed by our Constitution. Now that the report is complete, the Government is in a position to draw conclusions on it and to assess whether further action should be taken,” said Minister of Science and Culture Annika Saarikko.

The Ministry of Education and Culture will organise a session for stakeholders to discuss the conclusions and recommendations of the study in the course of the spring.

The working group was supported by a monitoring group with representatives from the Finnish Union of University Professors, Finnish Union of University Researchers and Teachers, Trade Union Pro, Trade Union of Education in Finland (OAJ), National Union of University Students in Finland (SYL), Finnish Education Employers (FEE) and Universities Finland (UNIFI). Participatory working methods were used in the study. In addition to the monitoring group, the working group also consulted students, staff, founding partners of universities operating as foundations, representatives of university management and administration as well as various stakeholders.