EUROSTUDENT VII Student Study: Over 70% of higher education students view their future in a positive light 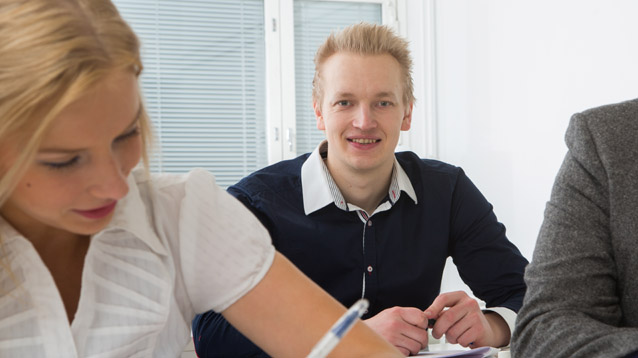 With over 70% of the respondents feeling very positive about their future, the study shows that students see their future in a positive light. Moreover, 84% consider it highly likely that they will find a job that corresponds to their qualifications.

Students’ faith in finding a job varies by field of study

The data in the registers show that almost 90% of those who have completed a degree in higher education had found a job within 12 months of graduation. According to THE EUROSTUDENT VII study, students’ belief in finding a job after graduation is linked to a number of factors.

The sector-specific labour market situation in each field of study, the quality of work before and during studies and the amount of work experience are all key factors. The study showed that the relevance of earlier work experience is not the same in all fields.

In terms of participation in preparatory courses, the knowledge base is not comprehensive and information is not available from registers. THE EUROSTUDENT VII study shows that participation in prep courses is much more common among university students. Nearly one in three university students said that they have participated in a prep course at some point in their lives, while slightly more than one in ten students at universities of applied sciences had done so.

In both universities and universities of applied sciences, the percentage of students who had taken part in prep courses rose on average higher the higher the students estimated their parents' financial resources to be in relation to other families. However, in many fields where there is no competition for student places, the prep courses reported by students were related to entrance tests in a different field.

“The student research data show that we need to make higher education easier to access. The data can also be used when drawing up the accessibility plan for higher education specified in the Government Programme. Rapporteur Tapio Kosunen, the steering group led by Professor Laura Kolbe and the scientific panel together have now launched this work,” said Annika Saarikko, Minister of Science and Culture.

Good reputation of the education system draws students to Finland

Finland's age structure and population projection means that both labour-related and education-related immigration need to increase significantly. Owing to the anticipated shortages in skills, the aim is for more foreign graduate students to find a job in Finland after graduation. One of the themes examined during this research round was the integration of international students in Finland.

The EUROSTUDENT VII study highlighted three main reasons why higher education students apply to Finland. The most important of these was the good reputation of the Finnish education system globally. Nearly half of the international students who took part in the study said they were willing to work in Finland after graduating. One third said their reason for doing so is that their spouse either lives in Finland or is moving to Finland.

Respondents also want to stay in Finland, as half of foreign graduate students are planning to stay in Finland at least for the time being. A good 40% said their plans were open, so various integration measures and employment assistance already during their studies could improve their chances of staying in Finland. The report examined fee-paying students as a special group.

Respondents felt that financial difficulties, in particular, were a factor that slows down becoming an exchange student or participating in traineeships (63% of respondents said that their financial situation played a large or fairly large role), and other factors included separation from the family (52%) and minimal advantage for studies (36%). However, high motivation and the usefulness of studying abroad make students want to become exchange students, despite possible financial difficulties.

In addition to the national student study, thematic research articles from researchers and research groups during the autumn and early next year are an instrumental and integral part of the EUROSTUDENT research entity and contribute to knowledge-based decision-making in society.

“We already know a lot about students, but the EUROSTUDENT study allows us see the overall picture better and helps us understand the circumstances of the daily lives of higher education students beyond the numbers,” Minister Saarikko said.