Accessibility and diversity of culture 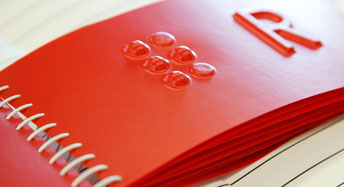 The Ministry of Education and Culture aims to provide linguistic and cultural minorities, persons with disabilities and other special groups with opportunities to participate in culture and express their creativity on an equal basis with the rest of the population.

Arts and culture must be accessible to all. The realisation of equality and non-discrimination requires often that the special needs of the different minority groups are taken into account when designing services and support forms.

The working group's proposals for measures relate to aspects such as public funding for arts and culture, skills development, employment and career prospects, and the content of arts and culture.

The increasing diversity of the Finnish population needs to be mainstreamed into the planning and decision-making procedures in arts and cultural policy. Key cross-cutting principles in promoting cultural diversity include the realisation of equity and equality, increasing intercultural interaction and enabling broad-based inclusion and participation.

The working group proposes that a programme be drawn up at the Ministry of Education and Culture to promote cultural diversity from the point of view of immigration in cultural policy and in Finnish arts and cultural life. We will use indicators, studies and analysis to monitor the implementation of the programme as part of the guidance and management processes.

The Access to Art and Culture committee set as a goal in its final report (2014) that the cultural rights of especially the linguistic and cultural minorities and persons with disabilities shall be reinforced.

In the Meaningful in Finland action plan (2016), the Ministry determined measures to be undertaken to enhance multiculturalism, inclusion and equality and to combat hate speech and racism.

Celia, the Finnish Library for the Visually Impaired, serves print disabled people and functions under the auspices of the Ministry of Education and Culture.

Cultural supply is accessible when different groups and communities are able to use it and participate in it easily and without obstacles.

Accessibility of culture may be improved through removing obstacles for participation. These obstacles may have to do with sensory difficulties, communication, difficulties in understanding, attitudes, physical or economic factors, or shortcomings in the decision-making.

Lack of means may also constitute an obstacle. The project Kulttuuripassi and its follow-up project Kaikukortti, both supported by the Ministry of Education and Culture, aim to improve the possibilities for financially hard-pressed young people, adults and families to participate in the cultural life and to do art as a hobby.

These activities are coordinated by the service Culture for all.

Promotion of languages and cultures of cultural minorities

There are strong minorities with long traditions in Finland, such as the Swedish-speaking Finns and the Saami people. Other linguistic and cultural minorities include sign language users, the Roma, Old Russians, Tatars, and various immigrant groups. Immigration continues to increase multiculturalism in Finland. The various groups of persons with disabilities, members of different religious communities, sexual minorities, and different age groups also have their own cultural special features.

Of the national cultural minorities, the Saami, as an indigenous people, as well as the Roma and certain other groups have a statutory right to maintain and develop their own language and culture. The Saami have a cultural autonomy, which the Saami Parliament is responsible for.

An action programme to revive the use of Skolt Saami, Inari Saami and Northern Saami was adopted by government resolution in 2014. The programme aims to reinforce early childhood education and care and language nest activities in Saami as well as to develop the instruction of the Saami language.  Language planning, recording and research as well as the Saami culture are being promoted within the programme. The objective of the programme is to increase the number of Saami speakers, to promote the provision of services in Saami, and to enhance the respect for the use of the Saami languages.