Minister Grahn-Laasonen: Language studies may in future begin in the first grade
Report on the state and development needs of Finland’s language reserve published 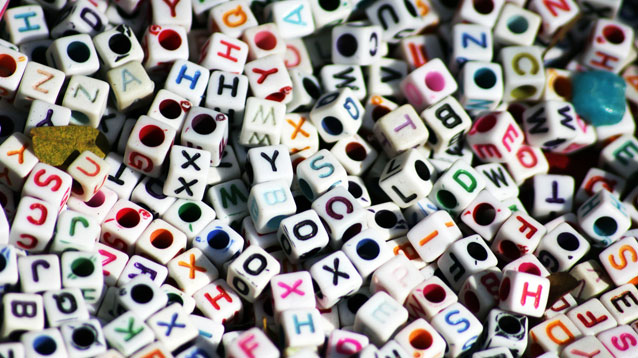 Professor, Vice Rector Riitta Pyykkö submitted a report on the current state and development needs of Finland’s language reserve to Minister of Education Sanni Grahn-Laasonen on 13 December. The report, drawn up by Professor Pyykkö, covers the entire Finnish education system and proposes an array of measures that should be taken to develop Finnish people’s language skills so that they would meet the future needs.

“We need to have ever more diverse language skills as the world around us keeps getting more and more international. The report provides direction for the development of language instruction in Finland. It is important to examine the continuum of language learning over all levels of our education system and to ensure that the needs of teacher training are also taken into consideration in the national policies,” says Minister of Education Sanni Grahn-Laasonen.

“Language learning should be started earlier, in the first grade at the latest and preferably already in early childhood education and care and pre-primary education, as Professor Pyykkö proposes. It is great that so many municipalities have already made a permanent decision to start teaching languages earlier. The national experiments launched during this government term have supported these decisions. We should encourage children and young people to study many languages, as it opens doors and increases internationality. I extend my warmest thanks to Professor Riitta Pyykkö and others who took part in drawing up the report for the valuable work,” Minister Grahn-Laasonen continues.

“Finland must have a diverse language reserve to be able to succeed in the global world. We should identify what kind of language skills people in Finland have and ensure that people have possibilities to develop their skills throughout their lives. Language skills are a key to different cultures and mutual understanding. I would like to thank the Ministry for this interesting challenge. It has been a pleasure and honour to work with this important report which will serve as a basis for the preparation of a national language strategy,” Professor, Vice Rector Riitta Pyykkö from the University of Turku says.

Under a vision set out in the report, Finland is in 2025 an active member of the international community and its strength lies in its linguistic and cultural diversity. Investments are being made in the development of language skills and multiple languages are confidently being used side by side: each working-age citizen is proficient not only in the national languages of Finland but also in English, and most people are proficient also in one or more languages other than these. Language skills acquired informally, for example in working life and free time activities, are identified and recognised along with the skills learned in formal education, and people constantly develop their language skills.

The report presents a number of measures and proposals to achieve the desired state of affairs, such as:

According to the report, Finland’s language reserve is at the moment under conflicting pressures: fewer languages are being studied and proficiency in foreign languages means ever more often proficiency in English only. At the same time, international cooperation sets new requirements for language skills as the economic focus has moved away from Europe, for example.

In the past couple of years, Finland has become more multicultural and -linguistic along with the drastic growth of immigration. This sets out new requirements for the teaching of Finnish and Swedish as a second language on one hand and for the practices for identifying and recognising immigrants’ other language skills on the other.

Professor Pyykkö was supported in her work by a steering group appointed by the Ministry of Education and Culture and chaired by Permanent Secretary Anita Lehikoinen. In the course of the work, seminars and workshops around the theme were arranged, and Professor Pyykkö and the steering group consulted a large number of experts in the field of language instruction.

The already launched experiments where pupils start studying languages earlier are part of the Government key project on the new comprehensive school. The experiments are funded by special subsidies granted to projects that develop, increase and introduce language instruction earlier in early childhood education and care, pre-primary education and basic education. A total of more than EUR 4 million has been granted to 96 education providers for carrying out the experiments. The aim is to encourage students, irrespective of their gender, municipality or socioeconomic or ethnic background, to choose and study languages.

The report will serve as a basis for drawing up a national language strategy. Next, the report will be sent to a large number of actors for comments.

Making multilingualism a strength. A report on the current state of Finland’s national language reserve. Publications of the Ministry of Education and Culture, Finland 2017:51 (in Finnish)