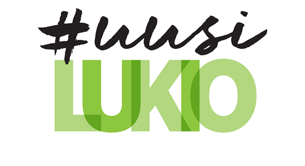 In order to reform general upper secondary education, the Ministry of Education and Culture has prepared a draft government proposal for a new Act on General Upper Secondary Education in cooperation with a wide array of stakeholders. The purpose of the reform is to ensure that every student has an extensive general knowledge and is well prepared for further studies after completing general upper secondary education.

According to the proposal, students would in future be provided with the support and guidance they need during their general upper secondary studies. General upper secondary schools would also be encouraged to engage in cooperation with higher education institutions and working life as well as to promote internationalisation. The restriction on the number of times a student may retake a matriculation examination would be removed.

"The reform seeks to provide students with a more extensive general knowledge, which is the most important mission of general upper secondary education. The new structure of studies would create new opportunities for cooperation across subject boundaries and for a more versatile supply of studies in general upper secondary education. We will provide every student with an opportunity to get acquainted with higher education and gain international experiences. We will also invest in students' wellbeing and deal with the fatigue experienced by young people by reinforcing study guidance and introducing special-needs education in general upper secondary schools," says Minister of Education Sanni Grahn-Laasonen.

According to the proposal, credits would replace courses in general upper secondary education so that one current course would be equivalent to two credits. The scope of the general upper secondary education syllabus intended for young people would be 150 credits and the scope of the syllabus intended for adults 90 credits.  The default time to be used for completing the syllabus would still be three years, and the syllabus would continue to be provided in two versions, one intended for young people and the other one for adults. The amount of instruction would also remain the same.

The introduction of credits would enable the construction of more versatile study modules consisting of more than one subject. This would encourage general upper secondary schools to look for personal solutions and plan their instruction more strongly around different themes and phenomena. It would also provide an opportunity to pace the studies in a new way. For example, language studies could continue year round, while shorter intensive courses could be provided in some other subjects.

"General knowledge will also in future be at the heart of general upper secondary education. The essence of general knowledge is, however, undergoing a transition from fragmented studies and scattered information towards a combination of more profound competence, skills and management of larger entities. Creativity, innovation and students' inner motivation will play a more crucial role than before. First and foremost, the structure now proposed is enabling. It will encourage different subjects to engage in closer cooperation with each other, and it will open up numerous possibilities for general upper secondary schools to devise study modules that suit their needs and weightings," Grahn-Laasonen continues.

According to the proposal, the future Act would contain provisions on studies in mother tongue and literature, second national language and foreign languages, mathematics and natural sciences, humanities and social studies, religion or ethics, artistic and practical subjects, and study guidance. Health education would in future be considered to be part of the humanities and social studies. Any changes are not proposed to the current subjects or to the distribution of lesson hours. In other words, all compulsory subjects would be compulsory also in future.

More support and guidance from start to finish

It is proposed that in addition to study guidance taking place in groups, students would, if they so wish, receive more regular, personal guidance councelling concerning their general upper secondary education and further studies. Furthermore, general upper secondary schools would become obliged to provide guidance also for their former students, i.e. students having discontinued their studies and graduates who have been left without a further study place.

All students would draw up a personal study plan in the beginning of their studies under the guidance of a teacher and a guidance counsellor. The plan would determine objectives concerning their studies, matriculation examination and further studies, and it would be updated regularly. Competence acquired elsewhere and all studies completed in another general upper secondary school would be recognised and accredited.

Provisions on the support for learning would be added to the Act. Students with learning difficulties would be provided with special-needs education and other support for learning as a joint effort of teaching staff. Student welfare services would remain as they are: young people would also in future be provided with services of school social workers, school nurses and psychologists in accordance with their needs.

Education providers' obligation to intervene in bullying would be specified. The new act would explicitly state that students must be protected from all bullying, violence and harassment.
Introduction to higher education and internationality to become part of studies

New Act and Decree to enter into force in 2019

The proposal for a new Act on General Upper Secondary Education was circulated for comments until 7 March 2018. According to the proposal, the new Act and the related Decree would enter into force in 2019. A new Decree on General Upper Secondary Education will be prepared during spring 2018, and it will lay down provisions on the structure and scope of studies, now included in the Decree on the Distribution of Lesson Hours. The draft Decree will be circulated for comments separately in autumn 2018.

In practice, the reforms brought by the new Act would translate into reality in general upper secondary schools as of the beginning of August 2021, when the new curricula are supposed to be introduced. The new national core curriculum will be prepared in cooperation with a wide array of stakeholders during the period 2019–2020. The current Decree on the Distribution of Lesson Hours will continue to be applied until the new curricula are introduced.