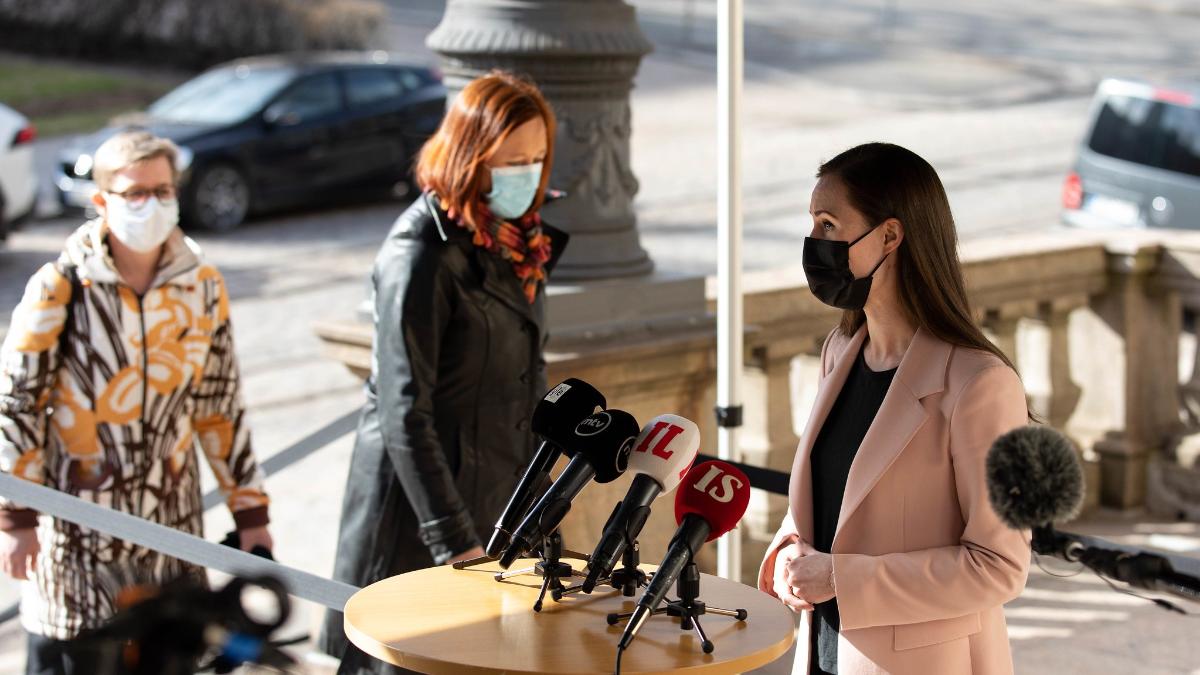 At its meeting on 20 April, the Government adopted a plan to lift the restrictions imposed due to the COVID-19 epidemic. The Government discussed the feedback received on the plan and made clarifications based on the comments.

On 9 April, the Government published a draft plan on the timetable for lifting the restrictions. At the same time, the Government requested feedback on the draft from all interested parties. The public consultation round provided important viewpoints that were used in finalising the plan. A further aim of the consultation round was to ensure that the preparations were open and transparent and to strengthen interaction with the public in line with the pledges made in the Government Programme concerning policy reform.

The gradual dismantling of the restrictions and recommendations will be based on extensive monitoring and overall assessment of the epidemiological situation. It will take into account the economic and social impacts of the measures.

Strong response with a particular focus on children and young people

Comments were received through a questionnaire that was open for one week on the Otakantaa.fi service (a total of 2,141 responses, of which 115 were from organisations and associations), at a hearing for business and industry operators convened by the Prime Minister (Local Government Employers KT, Central Organisation of Finnish Trade Unions SAK, Central Organisation of Professional Associations in Finland Akava, Finnish Confederation of Professionals STTK and the Evangelical Lutheran Church of Finland), and at a joint hearing for municipalities (22 municipalities). In addition, 28 separate statements were submitted.

The key themes in the comments were clear. In general, the comments focused on the lifting of the restrictions, but also on aftercare and reconstruction.

The responses emphasised the need to ease the situation of children, young people and other people in vulnerable positions. Respondents expressed hope that in the aftercare of the crisis, support would be provided to children and young people, the backlog in treatment and services would be cleared and the viewpoints of municipalities would be taken into account in the reconstruction process.

The comments drew attention to the hardest-hit sectors and the support measures they would need to recover. Respondents hoped to see support for the cultural sector, for organising events and for reopening sports and recreational activities. With regard to the opening of events, respondents hoped for clear guidelines and solutions.

Several respondents also mentioned health security and the opening of borders. Of particular concern were questions related to cross-border travel, ensuring health security at borders and the significance of vaccine certificates.

Finns patient but critical with regard to restrictions

People’s opinions on the exit plan were examined in two ways. All members of the public had the opportunity to respond to the questionnaire if they registered for the Otakantaa.fi service. A survey was also conducted by Kantar TNS Oy to assess the public’s opinions.

According to the survey, the majority of Finns were patient with regard to the COVID-19 epidemic and the restrictions imposed to mitigate it. Nine out of ten respondents understood and accepted that the restrictions differed from region to region due to differences in the epidemiological situation.

Half of respondents thought the schedule for lifting the restrictions was appropriate, while 27 per cent felt it was too rushed and 19 per cent thought it was too slow. The majority of respondents believed that the measures proposed in the plan would help society and businesses to recover from the crisis.

In the respondents’ view, the most important means of curbing the spread of infections were committing to safe practices, such as wearing a mask and keeping a safe distance from others, testing people upon entry into the country and placing them in quarantine if necessary, and vaccinating the population.

In general, the people who commented on the plan via the Otakantaa.fi service were more critical than those who responded to the survey. Critical respondents felt that the cultural and events sectors had been put in a weaker position than the restaurant sector, for example.

Members of the public could comment on the plan using the Otakantaa.fi service from 9 to 16 April. A total of 2,141 responses were received.

Kantar TNS Oy conducted its survey on 14–15 April. The questions in the survey were the same as in the Otakantaa.fi questionnaire. A total of 1,249 people responded to the survey. The respondents were members of the Finnish population aged 17–89. The margin of error for responses is approximately +/- 2.8 percentage points.

The Prime Minister’s Office commissioned a qualitative analysis of the open-ended responses to the Otakantaa.fi questionnaire from iloom Oy. The method used in the analysis identifies the most frequently occurring words and themes in the survey data and shows the connections between recurring topics.  The responses submitted in Finnish and Swedish were analysed separately. They were processed anonymously. To some extent, the data contained coordinated feedback (the same statements in the answers of several respondents).

The open-ended responses expressed hope that the Government’s plan would be clear, fair and based on facts. The tone of the responses was often critical, but the reasoning was largely quite constructive.

Several specifications to the plan

Based on the feedback, the Government made several clarifications to its exit plan at the meeting. The targets set in the plan largely depend on the regional situation and the decisions made by the competent regional authorities.

The regional decision-making process will be taken into use in May. With regard to the controlled dismantling of restrictive measures, it is important for the regional authorities to draw up their own specific plans. This will improve the predictability of measures in the different regions according to their characteristics. Regional plans also support timely and correctly targeted communications about the restrictions.

The restrictions on outdoor group hobbies for children and young people will be lifted in April.
From the beginning of June, outdoor competitions and other recreational events will resume, along with summer camps for young people. In addition, indoor leisure activities that do not involve close contacts will resume in June.

From the beginning of July, indoor competitions, events and leisure activities that involve close contacts will resume.

Internal border control will continue for as long as it is necessary. However, at the same time, the dismantling of restrictions on traffic will begin in reverse order.

As of the beginning of May, restrictions on entry at the internal borders will be gradually replaced by health security measures at the borders. Traffic will first be opened up for border communities at the land borders between Finland and Sweden and between Finland and Norway. Next, commuting will reopen and travel opportunities will be expanded for families and relatives within the EU’s internal borders.

Government plan for lifting the restrictions imposed due to COVID-19 | in Finnish
Statements from organisations and associations
Summary of statements by business and industry operators and municipalities | in Finnish
Kantar TNS summary report on the findings of the Otakantaa.fi questionnaire and citizen survey | in Finnish
WordLoom text mining report, qualitative analysis of responses to the Otakantaa.fi questionnaire | in Finnish
Implementation of the hybrid strategy: epidemiological outlook for the gradual opening of society during spring and summer 2021 | memorandum of the Ministry of Social Affairs and Health | in Finnish
Nykyinen hallitus
cancellation coronaviruses informal cabinet meeting plans restrictions unusual conditions
Share on Facebook Share on Twitter Share on LinkedIn | Print Email